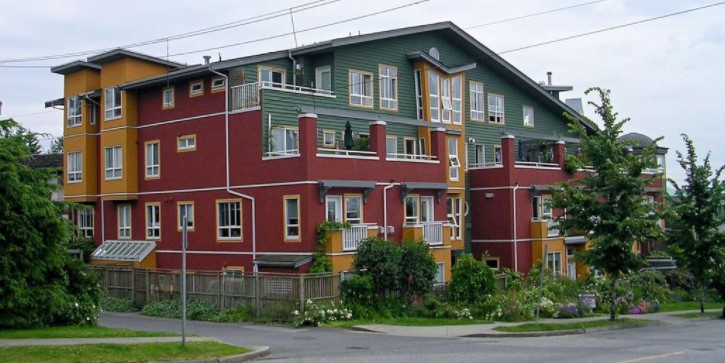 (As published by the Hamilton Spectator February 10, 2022)

Co-housing is an international model of self-managed collaborative housing (Czischke, 2018). Weeks (2019) further characterized it as autonomy within private dwellings, with shared resources in a socially intentional culture of mutual support.

Senior co-housing is an approach to designing co-housing, for persons over 50 years. It was first established in 1987 in Copenhagen, Denmark by a group of nine single older women and known as the Midgaarden. It is undertaken by a group of people who wish to build a co-housing environment or by professionals where future residents participate in a co-design process.  People share common areas, making communal decisions, living and interacting socially. Durrett, an American architect introduced co-housing in the U.S. and he recently published, How to Start a New Affordable Co-housing Project (2020). Durrett outlined six components of co-housing communities which includes: participatory process, deliberate neighborhood design, extensive common facilities, complete facilities, complete resident management, non-hierarchal structure, and separate income sources. Physical layout and the social aspects are central to co-housing which includes a common room, sharing resources such as tools, lawnmowers, bicycles and participating in activities of shared interest. Balancing privacy and communality including having shared norms and values about the approach to communal living are critical features.

The Canadian Co-housing Network (CCN) was formed in 1992 in British Columbia, and seniors co-housing is included within this network https://www.cohousing.ca/. It is a non-profit organization that promotes the creation of co-housing communities and raises public awareness about co-housing, linking individuals and co-housing groups together to share resources, making the process of co-housing more efficient. The first senior co-housing in Canada, Wolf Willow Co-housing opened in Saskatoon in 2012.  There are currently only three seniors co-housing environments operating in Canada, Harbourside in Sooke, BC; Silverbirch Village in Sudbury Ontario and Wolf Willow, Sakatoon, Saskatchewan.

Evaluation of this type of housing for persons as they age has mixed results. A review of the literature by Carrere (2020) examined the health and wellbeing of residents living in co-housing environments. Of the 10 studies examined, 8 showed a positive impact of co-housing on physical and mental health and quality of life and wellbeing. Two studies showed that some older adults experienced a deterioration in physical and mental health compared to the previous year. There was consistent reporting of greater social support and sense of community. A further study (Pupulampu, 2019) evaluated the impact of co-housing in western Canada, where one third of the residents were younger than 65 years. People reported they enjoyed the life that the community offered. Co-housing was protective against the physical and cognitive changes associated with aging and the experience of loss. It allowed people to age in place within a community rather than living in long-term care, and decreased concern about maintenance and finance. Communication was sometimes identified as a challenge with respect to gaining consensus over issues concerning the community. The homogeneity within the community provided a sense of comfort although it did not eliminate conflict among residents.

A steering committee was recently formed by Co-housing Hamilton with assistance from Co-housing Options Canada, with the goal of establishing the first co-housing community in Hamilton. https://cohousing.ca/communities/on/co-housing-hamilton/  This website provides further information, including videos on co-housing and a survey to determine if this housing concept is relevant to you. The Hamilton co-housing group meets monthly to develop a strategic direction for a co-housing community in Hamilton. The group is predominantly seniors oriented but include younger families, singles and couples. They recently hired Canadian co-housing consultants and intend to retain the services of an architect and developer along with identifying a building site. They envisage a condo type of ownership that will likely have rental options.

Finally, Co-housing communities require active involvement in the governance of the community, a commitment to relinquish a degree of autonomy and property costs which can be higher than competitive housing. It is not possible to opt out of shared facilities. However, co-housing communities offer social contacts, instrumental and emotional support and a living option to age in place.