Age-friendly cities foster physical health and mental well-being of people as they age in their community. An Age-Friendly city enhances quality of life by addressing dimensions in the physical and social environment that support active aging.  Age-Friendly cities are accessible, equitable, inclusive, safe and secure, and supportive.  Because optimal aging is a lifelong process, an Age Friendly city in fact benefits people of all ages.  The World Health Organization (WHO) has provided international leadership in identifying the characteristics of Age-Friendly Cities.  They have done this by creating a framework and guides for communities that aspire to become Age-Friendly.

Active aging is a term created by the World Health Organization, which refers to the process of optimizing opportunities for health, participation and security, in order to enhance quality of life for people as they age.

In 2012, Hamilton City Council endorsed the development of an Age Friendly plan as a strategic priority for Hamilton. With this commitment, HCoA went on to partner with the City of Hamilton, and the City’s Senior Advisory Committee to develop Hamilton’s Plan for an Age-Friendly City.  Aligned with the WHO framework, our goals address: Housing, Getting Around Hamilton, Communication & Information, Health & Community Services, Social Participation, Civic Engagement and Age Friendly Public Service. The Hamilton Council on Aging, together with our two partners, are co-leading the implementation of Hamilton’s Plan. Today, the WHO coordinates a global network of over 300 cities that have embraced the Age Friendly framework and are taking steps to become Age Friendly.  In 2014, Hamilton applied and was accepted as a member of the WHO Global Network for Age Friendly Cities and Communities, in recognition of our efforts to becoming Age Friendly. In 2016, the City of Hamilton updated its strategic vision, “To be the best place to raise a child and age successfully.”

Hamilton’s Plan for an Age-Friendly City

Hamilton’s Plan for an Age-Friendly City (HPAFC) was developed through a process that included research, consultations and validation. Over 700 older adults, municipal staff and community stakeholders contributed to its development. click here for a Summary of the Issues from community members provides a summary of what we learned during the consultation phase. Hamilton’s Plan for an Age-Friendly City (HPAFC) includes a vision and principles to inform policies, influence infrastructure and enhance services in Hamilton. Our Plan has 7 goals, 25 objectives and recommends 100+ actions, based on the consultations which identified gaps and challenges, as well as what is working well in our city. Actions in the plan are categorized according to short, medium and long-term timelines for implementation.

Hamilton’s Plan for an Age Friendly City is considered a “living” document and can be refreshed, as necessary. HPAFC aligns with other good work currently underway in Hamilton, including the Pedestrian Mobility Plan, the Housing and Homelessness Action Plan, and the Master Transportation Plan. It also aligns with provincial legislation, such as the accessibility standards which have been developed under the Accessibility for Ontarians with Disabilities Act (AODA).

Since City Council’s endorsement of Hamilton’s Plan for an Age-Friendly City in 2014, the City of Hamilton, the Hamilton Council on Aging, and the Seniors Advisory Committee have been partnering through a Collaborative Governance Committee to steward the Plan’s implementation. Implementation is also informed by our Community Engagement Advisory Committee, composed of community-based organizations, as well as staff from the City working in the community. This Committee increases awareness of the Plan, and serve as champions within their networks to connect people with opportunities to support Hamilton becoming an Age-Friendly city.

We are a City with a commitment to becoming Age Friendly – and advancing this goal is a shared responsibility. It requires planning and action by all levels of government, non-profit organizations, the private sector, and the broader community. In 2016, we developed the wordmark “Age Friendly Hamilton”, to recognize broad-based efforts are occurring both within and beyond the official Plan, which collectively contribute to Hamilton becoming an Age Friendly city.

The Hamilton Council on Aging updated its Mission, Vision and Values in late 2018, to reflect our desire to advance positive aging experiences for ALL seniors.

Click here to check out some of our age-friendly resources! 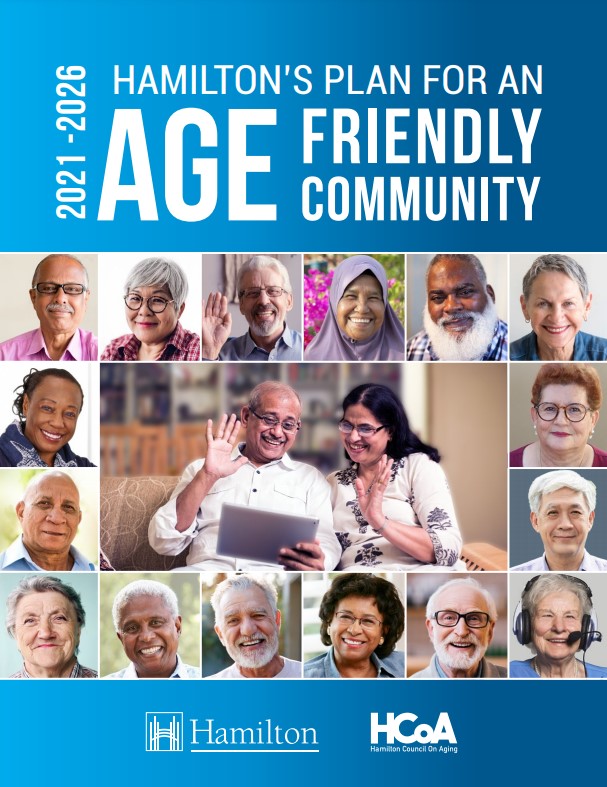 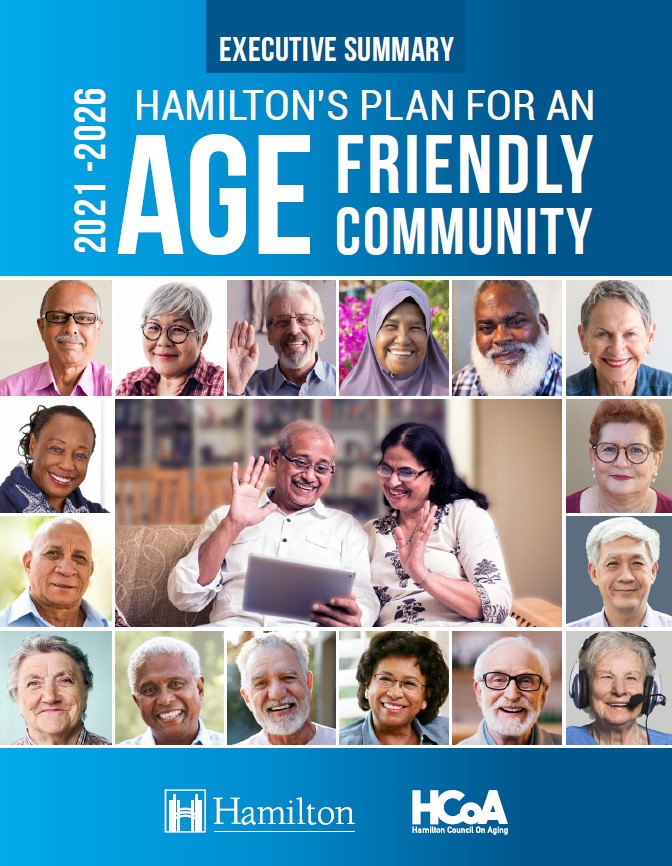